Inspired by other bloggers (see my blog list) and an almost mess free house I went on the lookout a bit further than my own street, then just around the corner I found this sitting by itself on the curb: 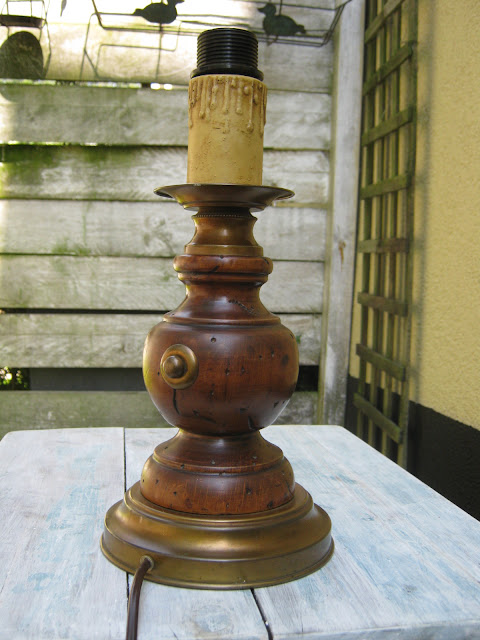 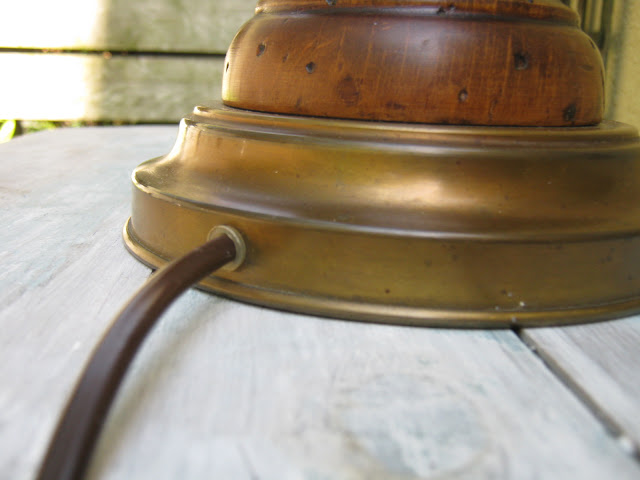 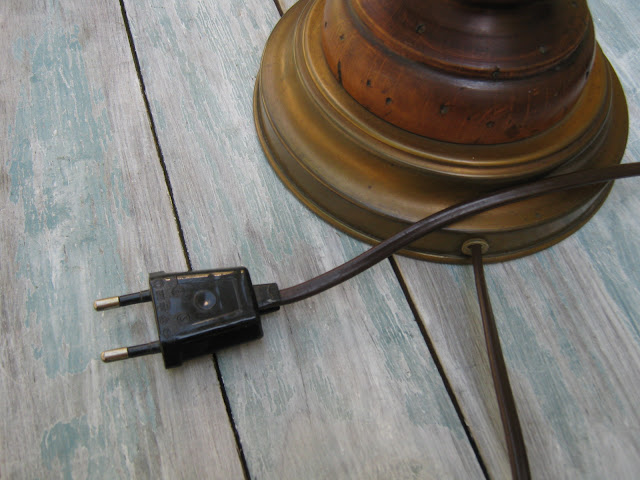 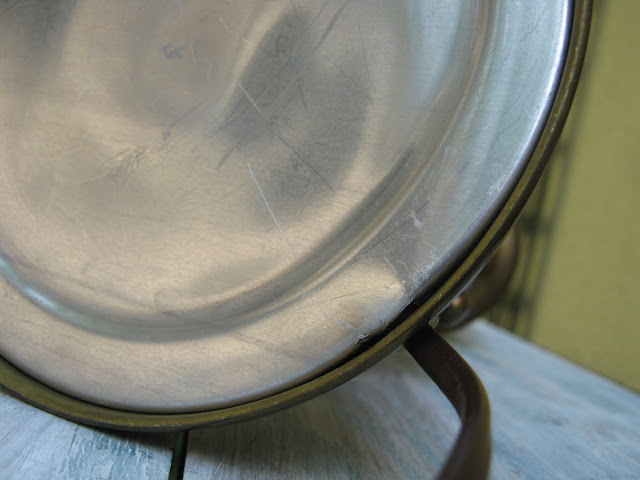 The base is very light weight and looks more like something coated than solid brass. The cable and plug look Seventies but the bottom has been out (see the bump?) so it’s possibly been rewired. But then hopefully that plastic ring has been put in on that occasion as well. 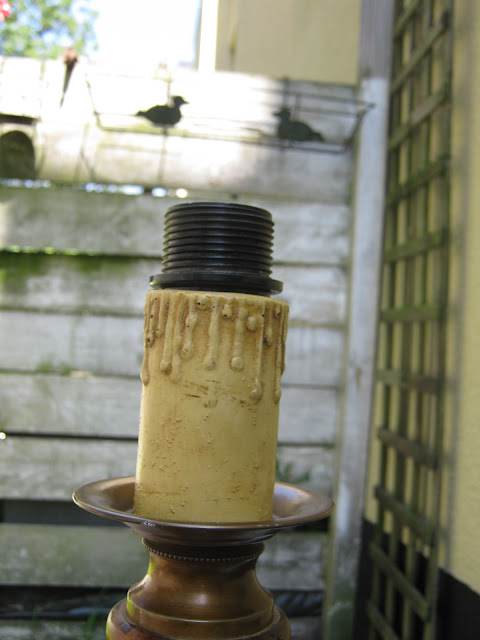 The candle though looks old and I’ve seen it on a Etsy item that was dated mid 20th century. 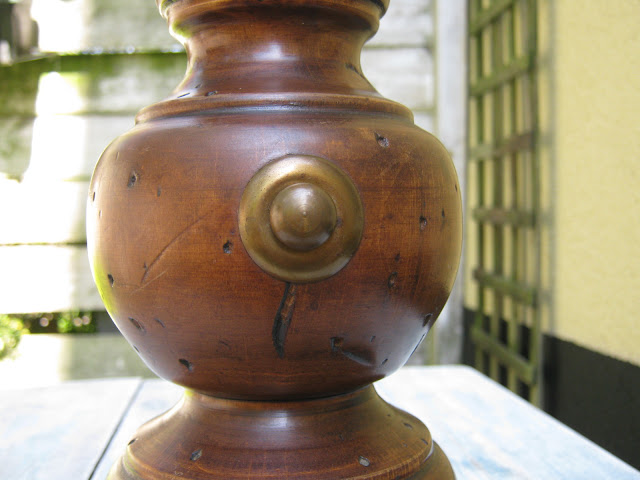 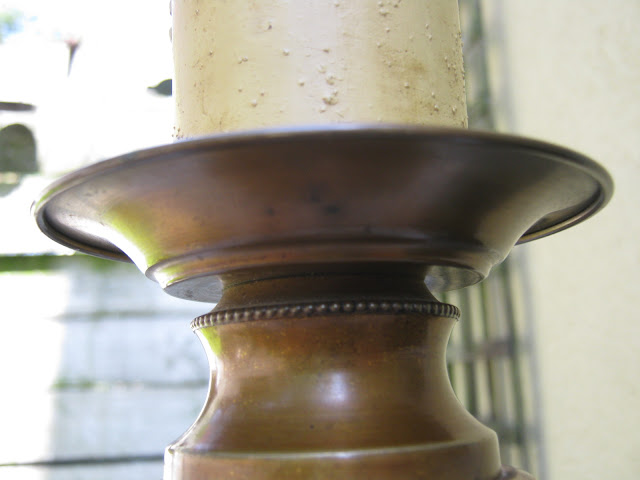 But furthermore I love the woodwork and all the pretty details.

Has anyone ever seen anything like it? Value? I would love to hear from you!
Posted by Le-Chat at Friday, August 07, 2015