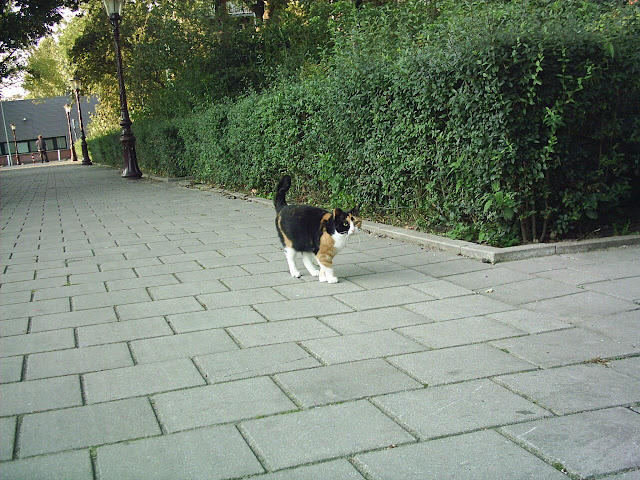 Five years ago I wrote about Miene the stray cat. Despite the complaints she remained in my neighbour Harry’s backyard. Maybe they cleaned up a bit and built better shelters. In any case things seemed to be okay and Miene happy. Until earlier this year Freek (her feeder) called me and told me Harry wanted to get rid of Miene. So could he move her to my yard? I said okay provided my cat Cézar accepts her. But I had good hopes for that since though he kicks out every other cat, he has always liked Miene.

The move went well and she got quickly used to her new place. What’s more I think she has it better than ever before. I feed her extra bits in the morning and afternoon and come out to cuddle her as often as I can and she loves it. She purrs a lot, talks to me sometimes and I can even lift her up a bit which is all quite amazing for a wild born. 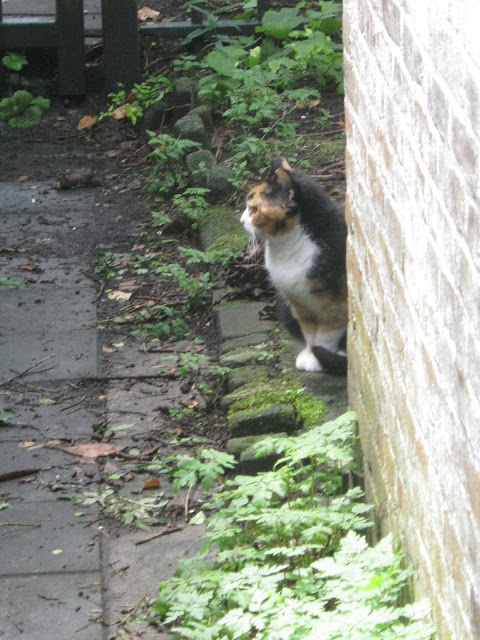 Also she has now started to follow me around a bit in the garden and to the path in the back. Freek still feeds her at night but for me she belongs to me now. Cézar isn’t bothered and watches over her from the roof of the shed.

But what a long story to come to my curb find. And it’s just a simple cheap basket that I’ve had for years. At first it was good as new and I used it as a decorative container until I found one cat curled up in it. That’s what it had been used for until the ones that fit in lost interest or weren’t with us anymore. For the past two years or so it served as my outdoor wash peg basket. 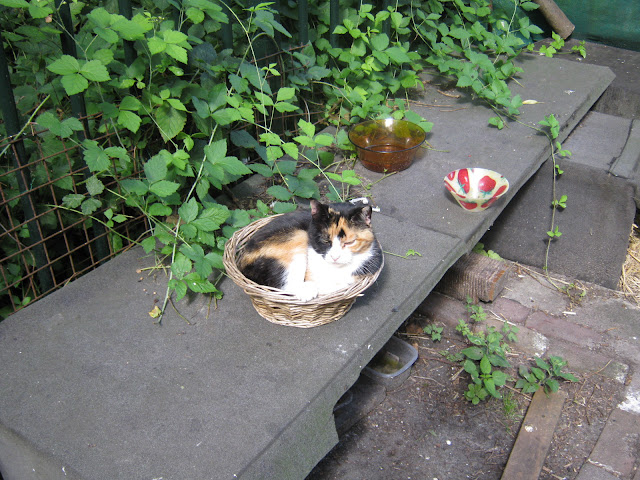 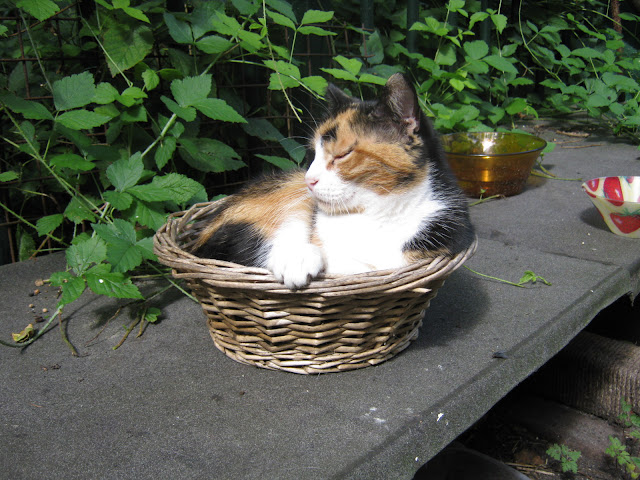 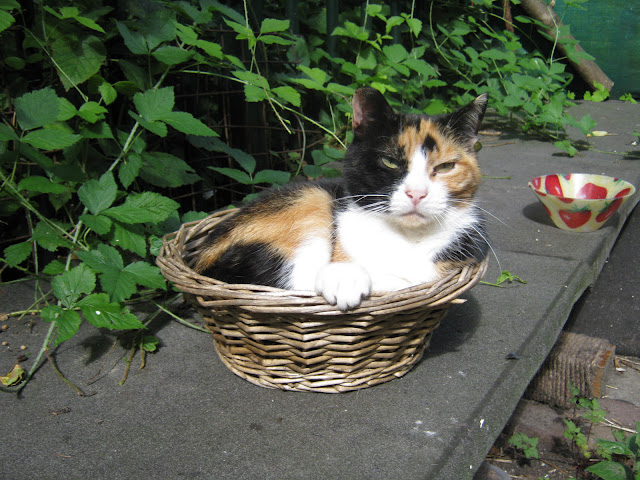 and of course… First she was sitting on top of the clothes pegs, well I had to go look for another container fast!
Posted by Le-Chat at Thursday, September 06, 2012 1 comment: