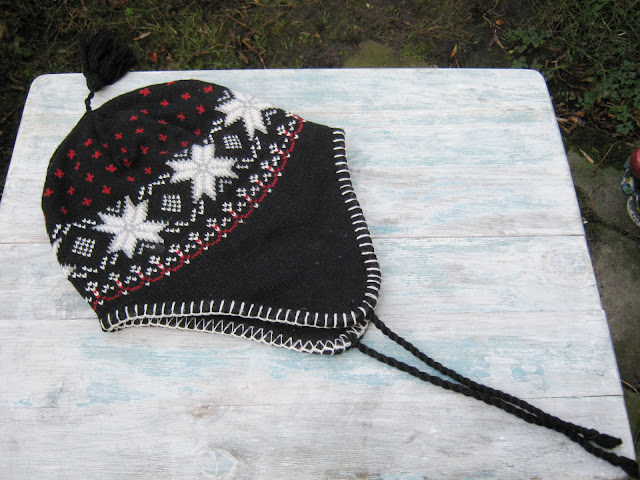 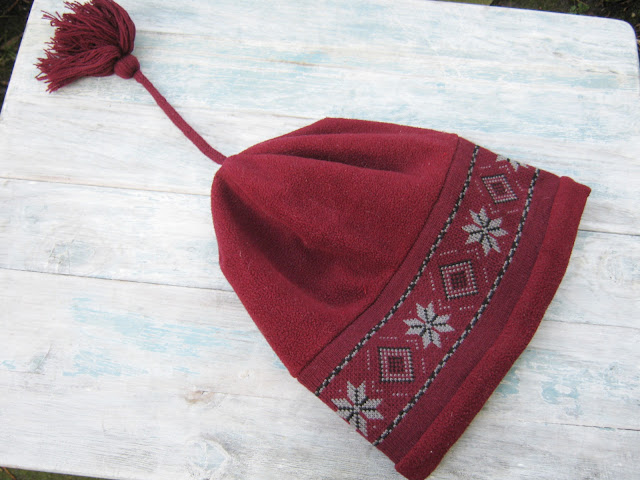 Yesterday’s sale was quite a surprise. From my Fall 2015 lot of clothing these two mass produced hats were finally ordered and I’m even more pleased the man wanted both. But it often happens that several items from one previous owner go to one and the same new owner. Some more examples further on.

First one more hat that I listed just to see what would happen. 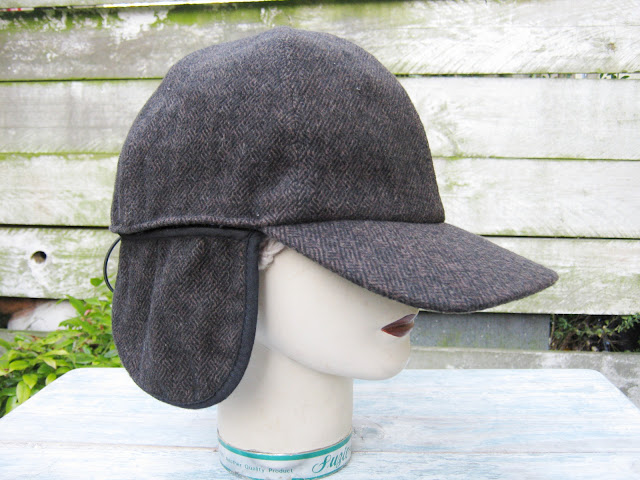 I picked it up last summer, nobody looked at it at the markets, then late November I thought why not? It’s good quality, completely lined with thick fleece and the design is cool. It went in January to a pensioner who needed something warm on his head for his work as a volunteer parking valet at a hospital site. I don't know about you but I think that's a nice story. I can just see him there and it looked good om him too.

As I’m recovering from the flu and do not have much energy to do anything else, I’ve got time to go through my fashion finds from last year and even before. Most garments and shoes sell a lot quicker than the above hats. If they don’t go in the first listing period I tend to drop them off at free pick-up center. Let’s have a look at the sales and non-sales that didn’t make it to the blog so far. 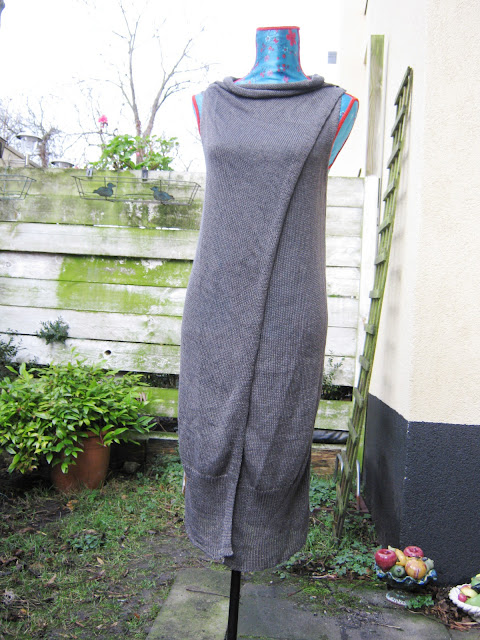 This fashionable sleeveless vest is from a Dutch design company, Yarn Unit. Listed and sold in January. From the bag that produced the Ab Donkers boots.

Here's the rest that was in the same bag: 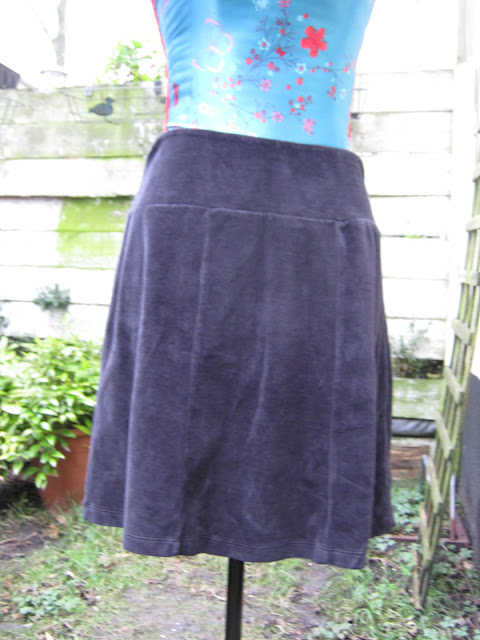 The girl who bought the shoes also wanted this King Louie skirt. 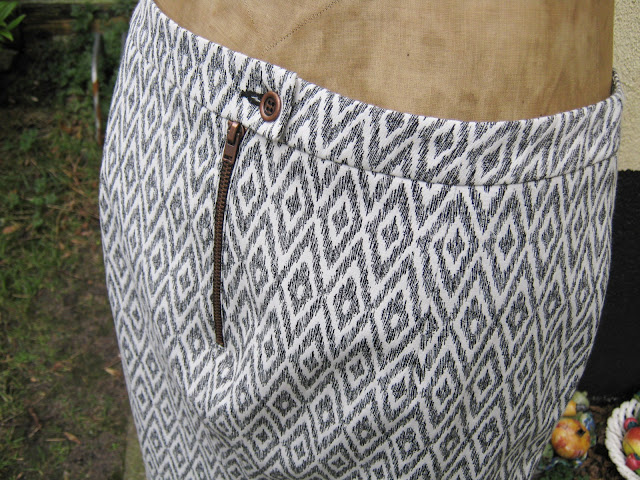 And this Sissy Boy skirt was on top and why I new the bag should produce good stuff. I like the fabric. I guess that sold it. It was out the day after listing it. 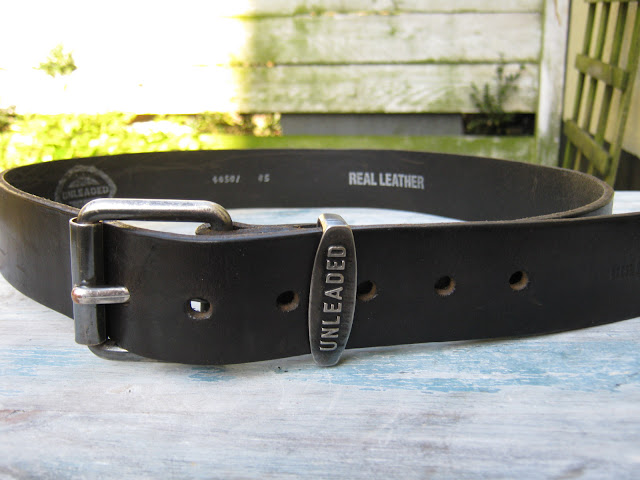 And last but not least: a leather belt by Unleaded that I kept for myself!

The next lot is from two small plastic bags I found late 2015, but didn't start listing untill early 2016. They were in the rain and knotted by the handles somewhere along my route home. I could see there was fabric inside and loaded them up without further inspection. At home I found the wetness wasn't too bad and everything was very fashionable and brandnew or otherwise in great condition. 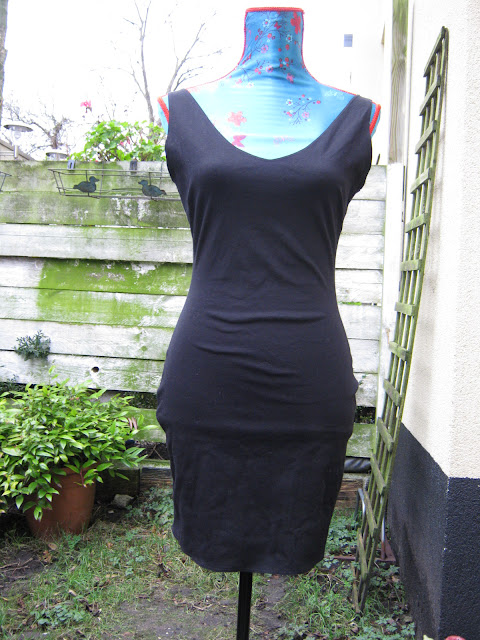 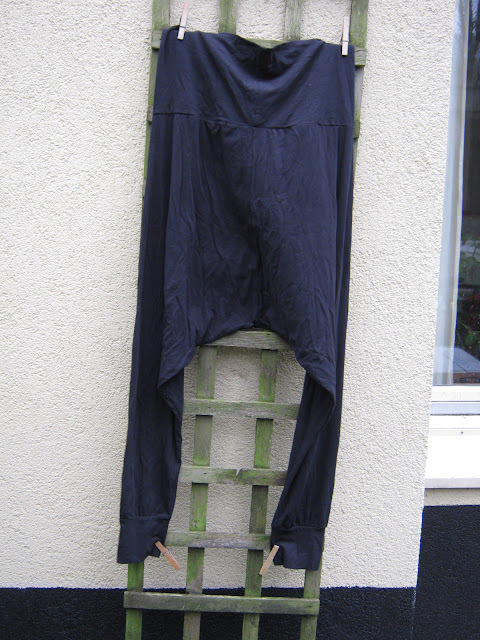 Harem pants Zouave style. I had two pairs, the other one in grey. By Hema with cardboard labels still on them. Both went with the above dress. 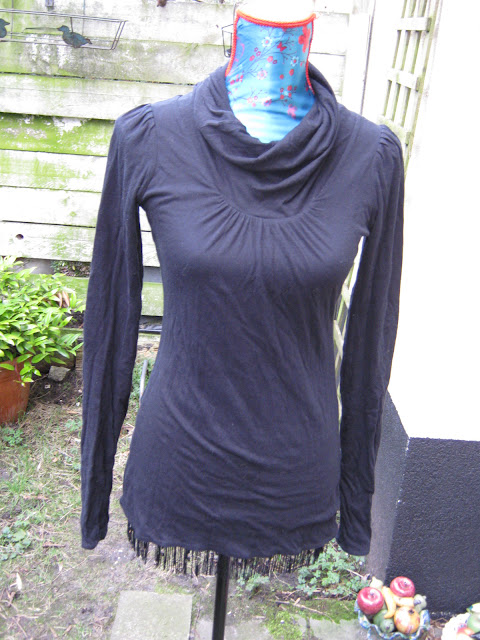 Cora Kemperman top. I had this one in black and one in grey. Sold both within two weeks to the same person. 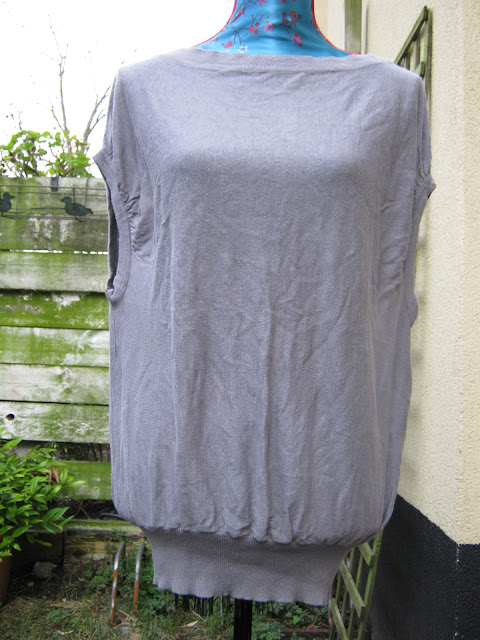 Somehow this wasn't a success. I don't know if it's the dull colour, the model or the not so good presentation on my doll. But the labels were cut out and things without them don't do well. I gave up on it fairly quickly and donated it to free pick-up center. Surely one of my better gifts. 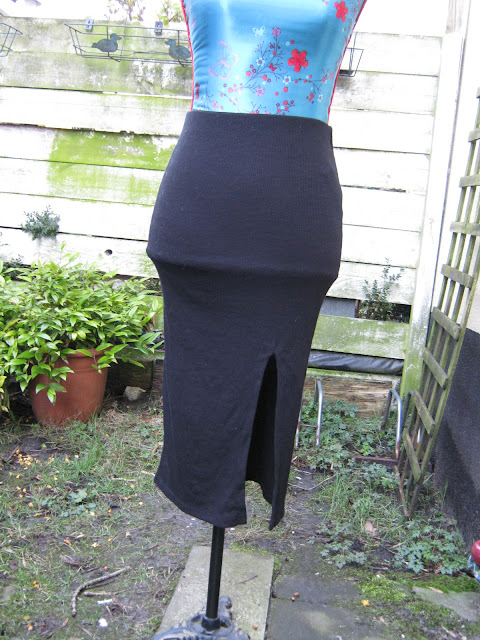 Bershka pencil skirt. Another one sold within a day. 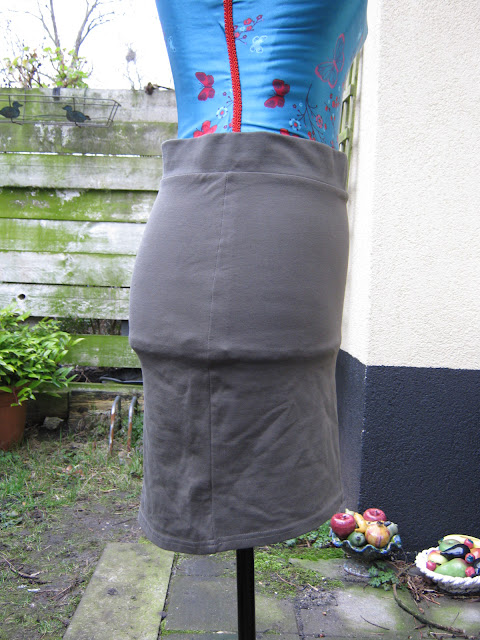 H&M miniskirt. This took a bit longer but I shipped it out in Summer. 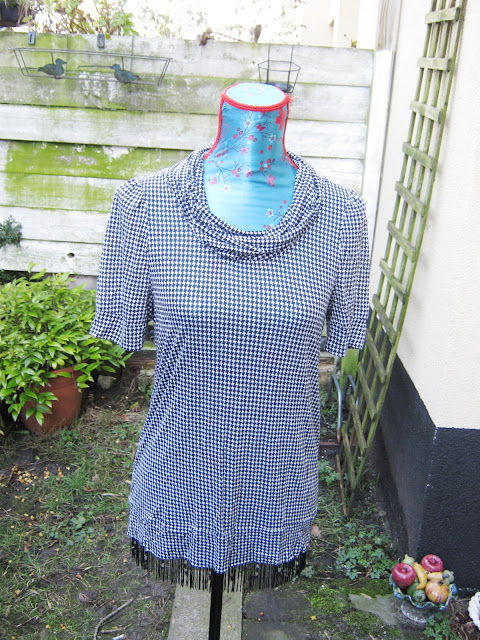 I donated this one as well. Labels were also cut out, but it's possibly a Cora Kemperman. I don't remember well, but I guess I just grew tired of the thing. Definitely my most fashionable gift so far. I just read the company went bankrupt in 2016 but made a restart. 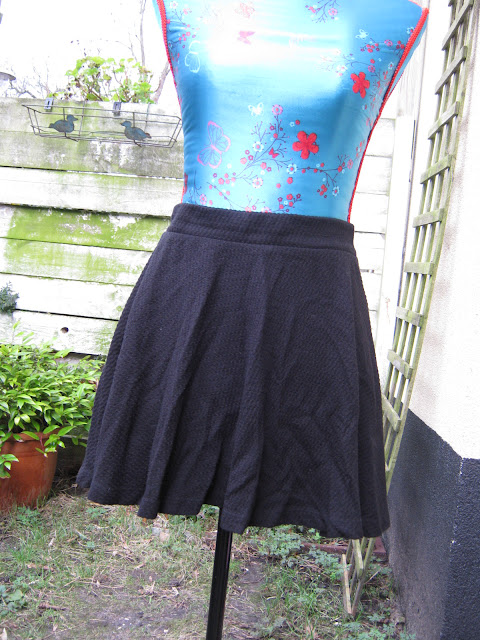 And last, another Bershka. 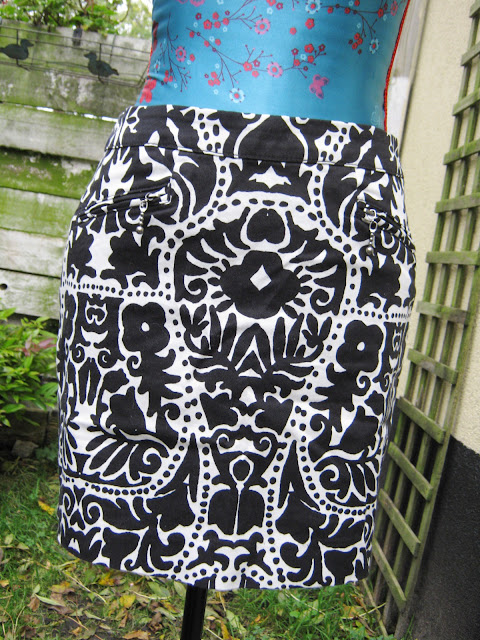 It went together with this H&M. This was still from the October 2015 suitcase. I held on to it because of the interesting print. Not everybody's taste but I was sure it would go sooner or later.

I've got one more textile haul from 2016 to show, but I'm getting tired now. You too I suppose. I'll come back to it in part II with some extra random finds and shoes.
Posted by Le-Chat at Sunday, February 26, 2017 2 comments: 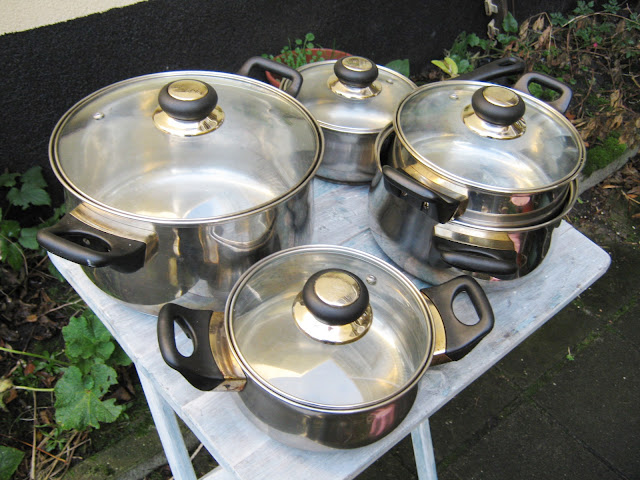 Sometimes things just happen in the right order. Late December 2015 I spotted a huge shiny box with colourful pan pictures on it across the street. Usually such new product containers just hold plastic and other packaging. I was actually hoping for bubble wrap but found the complete old set of pans of the buyers. 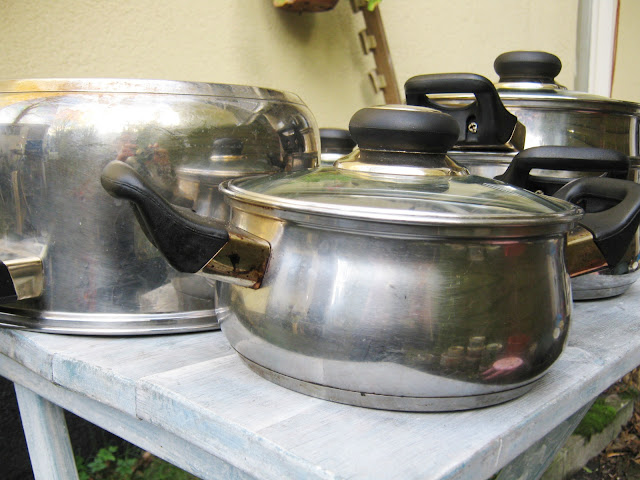 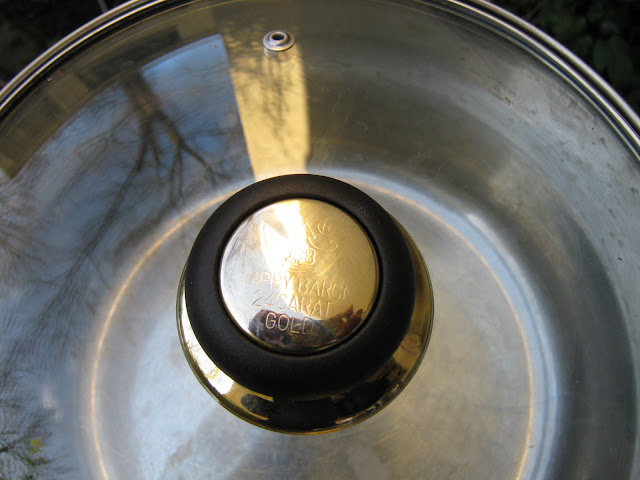 They looked quite used but in good enough condition for a quick sale. I liked the belly shape but not the gold plating, but I thought that might appeal to the North Africans. The set was picked up a week later by a young couple of that origin. 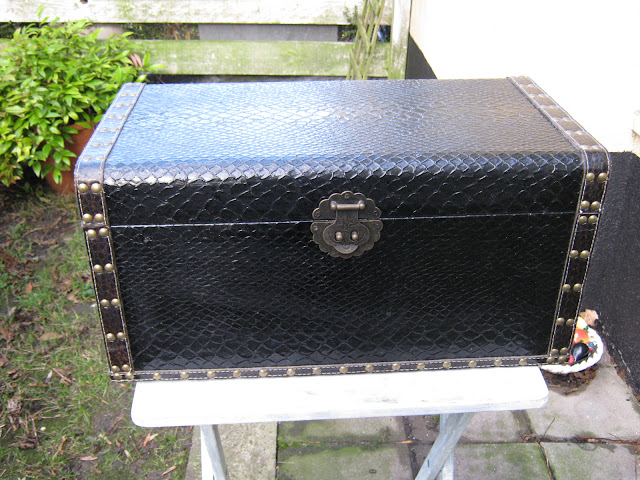 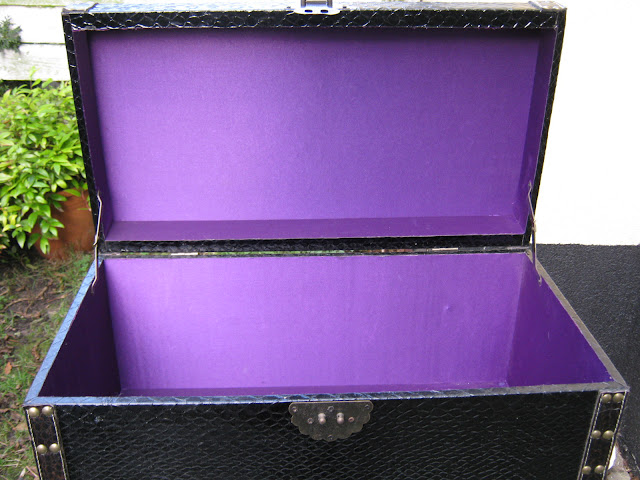 In the meantime my co-picker had produced a wooden trunk. Lined in purple it made me think of a thing for a magician’s act. It could be also great for toys. I listed it with all such keywords in and it also sold very quickly, but had to be shipped. Then I was so glad I still had that big pan set box. The trunk just fit in!
Posted by Le-Chat at Wednesday, February 08, 2017 1 comment: