Well you must think I’m a terrible blogger! It’s been months again. Now I’ve got some time left as my friend canceled our market plans for today. With two boys moving out she’s got other things on her mind. I wonder what her house is going to look like when they take out all the 'trash' she's collected for them over the years. I hope to clear out a bit more too. Sales are a bit slow as I've been lazy with listing, but I haul in selectively now and less than goes out.

Here are some lamps I was happy to sell recently and earlier on: 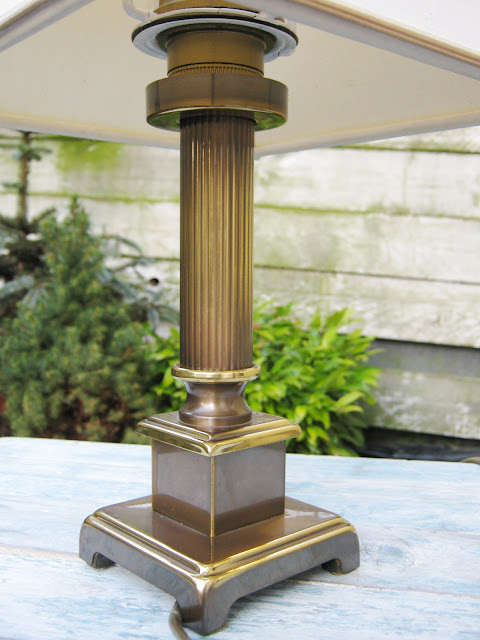 A while ago I woke up to a message about this little lamp foot. Less than two hours later it was picked up. I like it when things go smoothly like that!

But it took almost a year, and not being very big I stored it on a shelf in my lounge where it really started to get in my way. 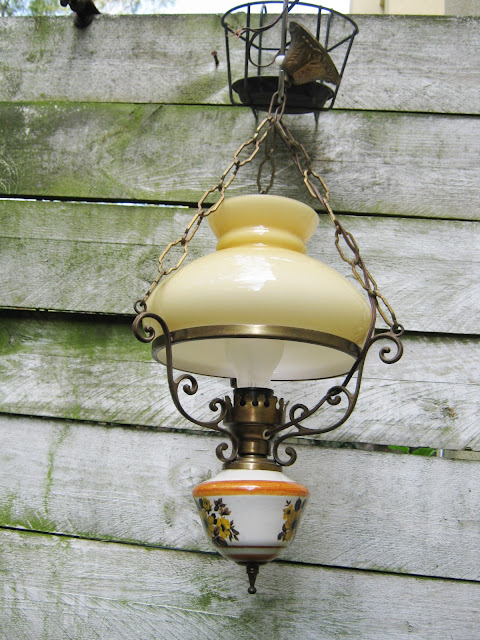 I had even more trouble getting rid of this retro ceiling lamp.

The oil lamp model is popular with vintage lovers, but I’m afraid the Seventies colours just didn’t appeal to anybody. Listed October 2015, sold June 2017… That was one big box out of my storage. 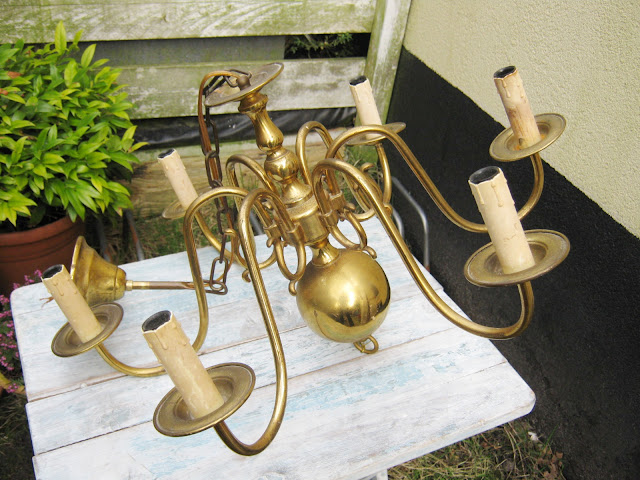 On the other hand this chandelier was out, early last year, within two months. To my surprise because it wasn’t in great condition. First, it was really left for trash, covered in dust and cobwebs with broken bulbs still in the sockets. I took it home because the model is sought after.

After cleaning it I found rusty bits, the yellowed plastic candles were crumbling at the edges and most of the gold plate shine was off the brass. Somehow it appealed to a young lady who paid a very decent price. Thank god, as the clumsy shape didn't fit anywhere and I had to keep it in my bedroom!

Talking markets again here are some items that didn’t go out on line over winter but sold in April at our first event this year: 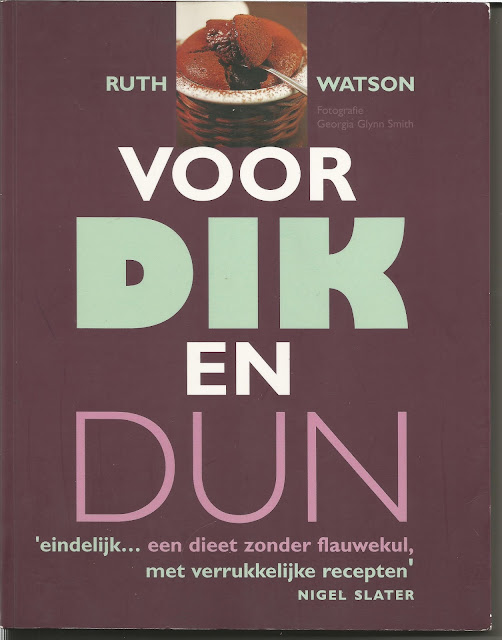 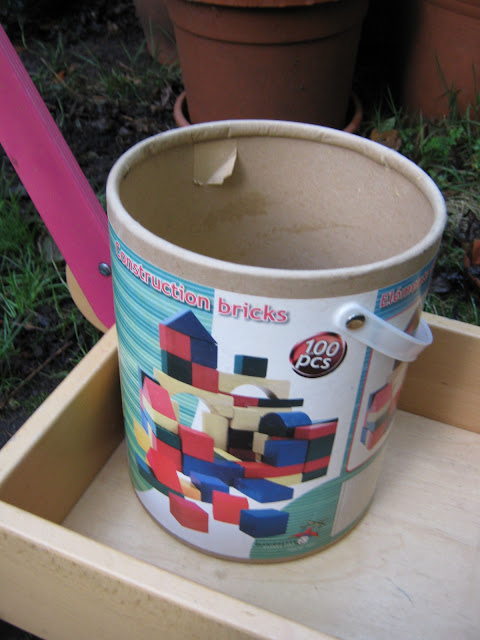 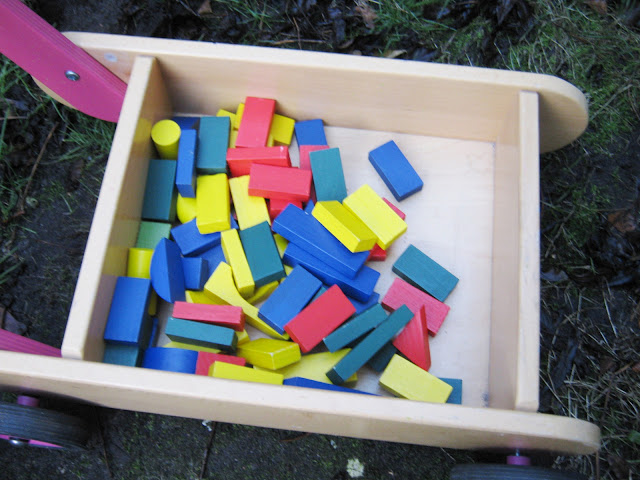 Incomplete set of wooden bricks. Practically gave them away to a six-year old who paid from her pocket money for her three-year old brother. 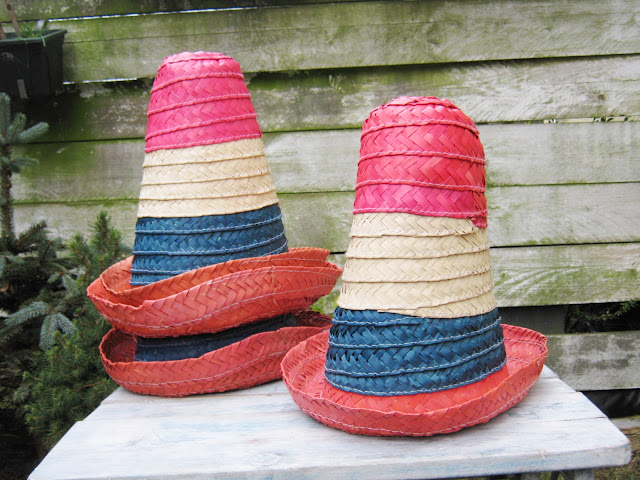 One straw party hat in our flag's colours. Days before the national Holiday I thought it would be a good idea to bring them along. 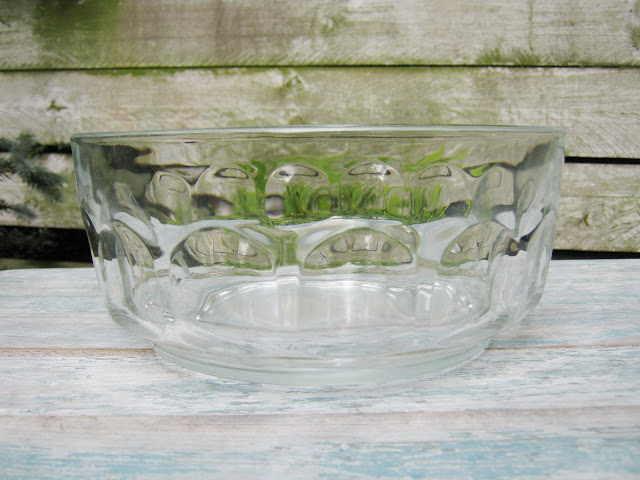 Plus all the things I never deemed worthy of photographing.

So though it was sad we couldn't go today, I filled the one nearly empty market bag with random picks from shelves, cupboards, the yard and even my floor. Restored away I'm ready for the next market and the mess alreay out of sight. Then I had time to list a recent find, and to make an appointment for a sale at the door: 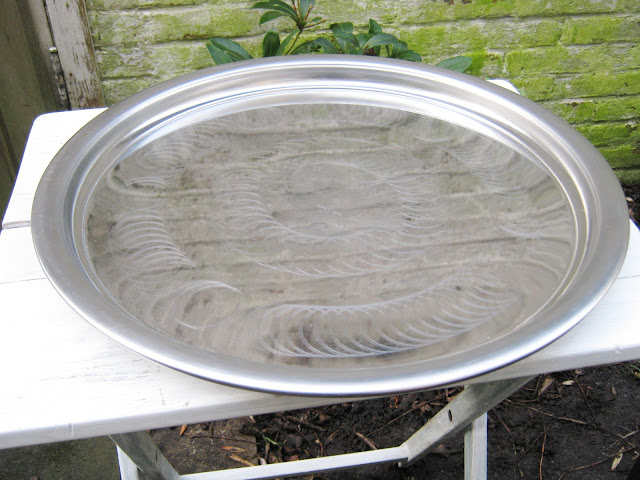 As I woke up to the message I could pull this large candle tray straight out of the market bag, then after my friend's call I made the appointment and it was gone before noon. Not a bad day after all!
Posted by Le-Chat at Sunday, May 20, 2018 No comments: