I Believe In Wicker Now

Though I thought I was really lucky I sold the large old laundry basket, it inspired me to try more. 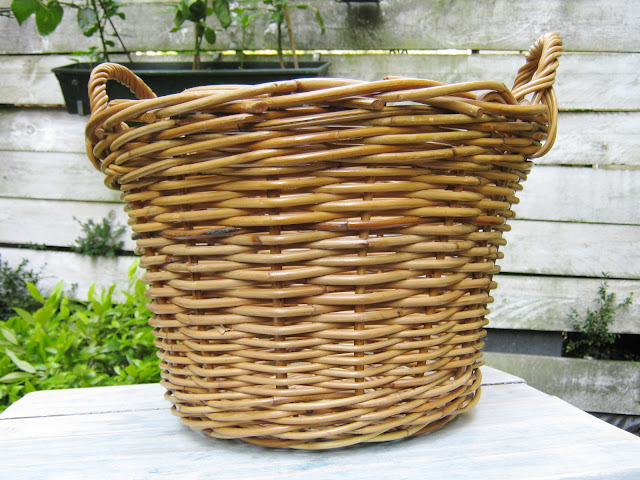 I still had this smaller one in a corner, but always thought it wasn’t intact enough to list. At second look there was nothing wrong with it. 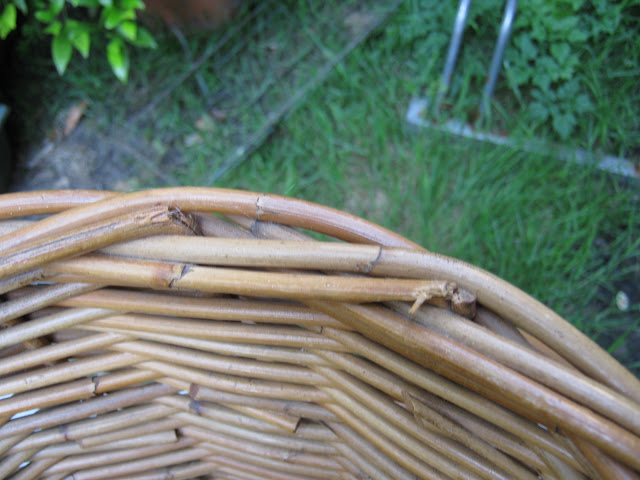 A few pieces had snapped, but that happens to wicker and it was far from falling apart.

Someone showed interest after almost two months. I was so pleased I accepted a discount and shipping it. Even though that was a hassle because I had no box large enough. I had to wrap it in a thick layer of bubble plastic and then just packed it in a trash bag.

Lucky I had two enormous rolls of bubble wrap, that the Man and the neighbour had parked in my yard earlier in 2015. The fun is I had spotted the huge bag across the street before I left for work, but declined on it lacking storage space. I hadn’t started listing big time yet. Now I was glad I had the stuff.

It also came in handy when I had to ship the four paintings. I’ve now found place for the shrinking roll in my indoor storage and the untouched one is in the original plastic bag in my shed. 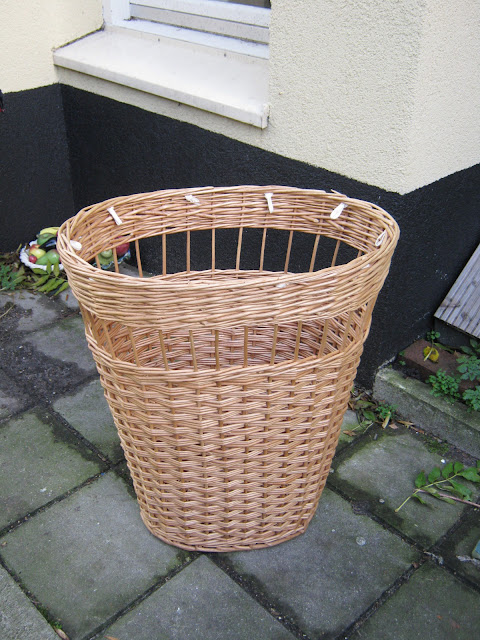 And then there was a high laundry basket in front of the door. Though incomplete because the lining is out, it was picked up quickly. And, LOL, only when taking it to the hallway I found the IKEA sticker underneath. 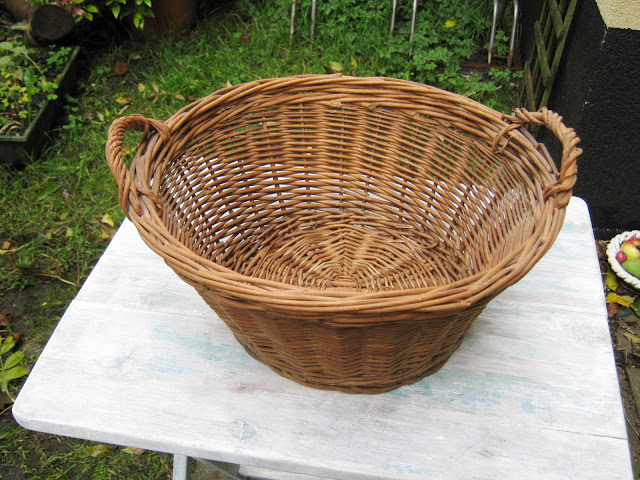 And from the same spot I hauled in this kind of flimsier little one. It took longer but well, my first sale of 2016, a lady in her early seventies came and told me after thirty years her old potato basket had worn out. Obviously she didn’t want to waste money on a brand new one.

Over a week ago on Saturday afternoon I was done with everything I had to do and felt like taking a little tour. Only one block down I spotted wicker behind one of the ‘houses’ on the underground bins that hold the opening hatch. I almost passed by thinking it might not be worth it but I stopped in my tracks and went back. To find… 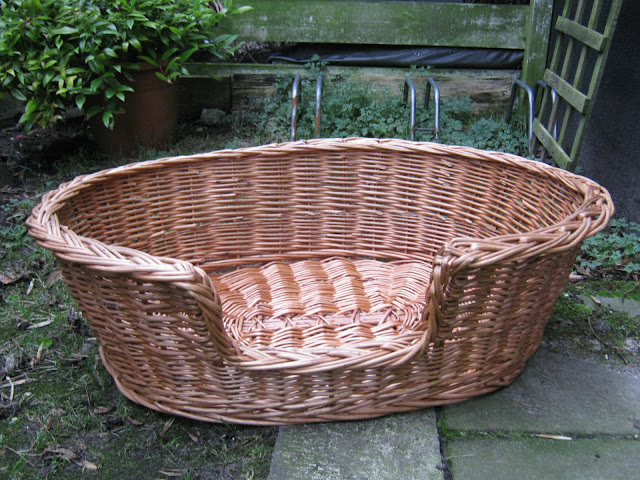 a large dog bed in good condition. I had a very handsome bid on it within days. I was almost afraid they’d change their mind but the bed was picked up soon. To explain why he was a bit late the man told me about his wife’s recent surgery, which shocked me a bit but he assured me she was going to be okay. But possibly the getting a dog had something to do with it. 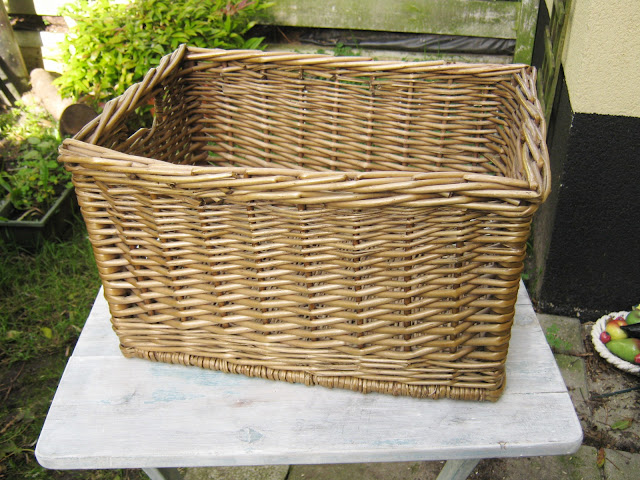 Last, yesterday when I was listing and thinking about this post I thought I’d have to report this basket as remaining unsold. But while I was at the computer the email came in, she lived nearby and came for it in an hour.

I’m totally sold out on wicker now! People love it. It’s pretty, it’s natural, it’s neutral and fits in any interior. The amounts I get vary from very little to fairly substantial. On this lot of six my total was EUR 46,50. Maybe not spectacular to some readers here, but I’m looking forward to restock and I don't think I will ship again. There are enough potential buyers nearby.
Posted by Le-Chat at Tuesday, January 19, 2016 1 comment:

I’m way behind on posting, so to conclude the year and kick off 2016 I’ll show a long list of not so spectacular and other sales that didn’t make it to the blog yet, but all fit in the category ‘I can’t believe I sold that!’. Things I listed as an experiment or simply to make space in my storage. 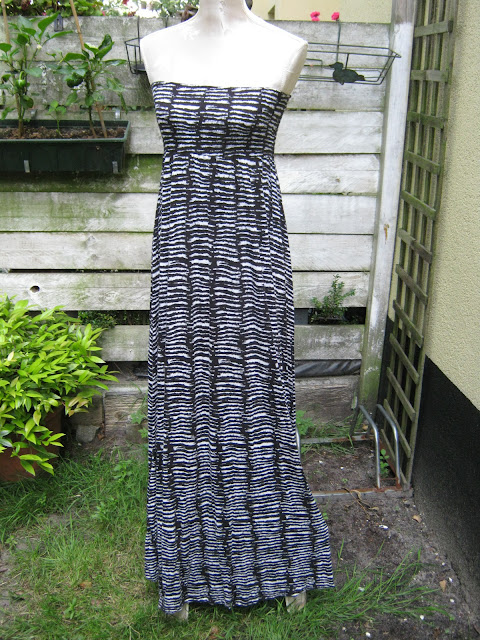 First late August this dress, my first try at selling clothing on line. It may be a quite nice beach dress, but I’m not even good at hanging up things that attract attention at the markets… Over the years I’ve learned a bit though and I knew this would have market potential, but who would buy a cheap second hand H&M on line? Well, a lady who probably booked a last minute sun holiday. She paid extra for fast shipping. 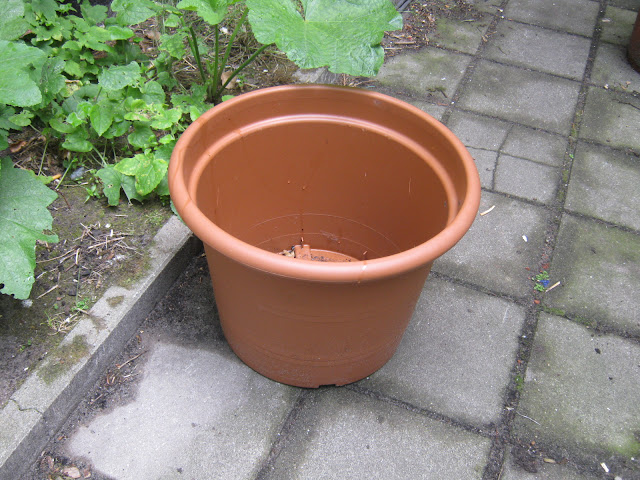 Who’d buy a second hand plastic flower pot? Well, a very nice guy who came on his motor cycle from out of town. How he managed to strap the huge thing on the back of his machine still puzzles me. He promised me to not take the highway and cruise at ease through town and sent me a message after he made it home safe. 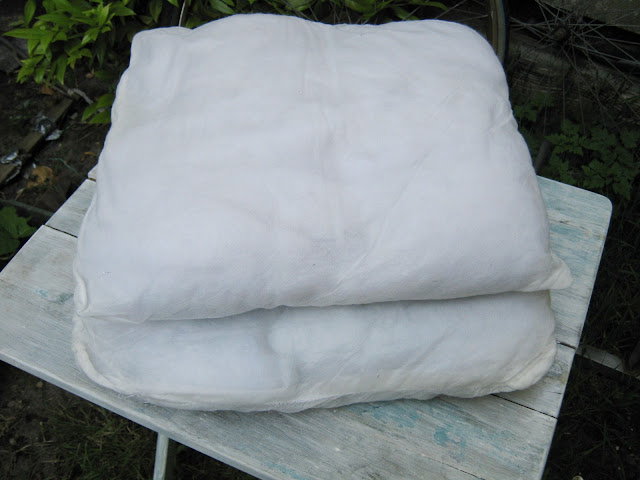 Who’d look for a set of used pillow inserts? Well, somebody did. I have piles of those to fill up empty cases if needed and these were the only matching set and I just wanted to see what would happen. They had silk covers that disintegrated when I washed them. 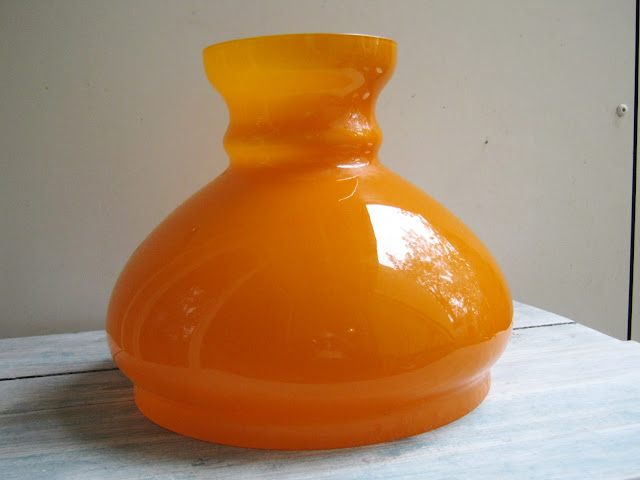 Who’d want this horrible useless part of a lamp? You must realize orange is connected to soccer and the royal family in my country and you won’t find it in a lot of interiors. Not since the Seventies at least. Well, it found its way to an artist who glues old glass lamp shades into structures. 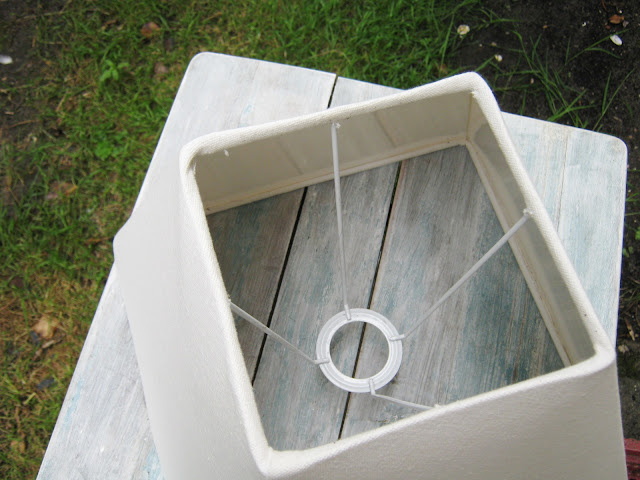 This lamp shade came still wrapped in plastic and seemed perfectly useful, but it looked really cheap. It took months, but finally a young lady came for it. 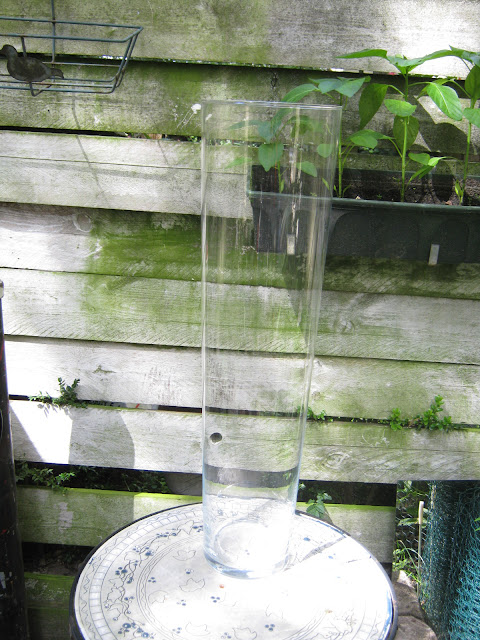 These high vases are really cheap too in a shop nearby me. I had given up on it after it didn’t go in 2014 or even earlier. Relisted I flogged it fairly quickly. Went to a Muslim family, fine! 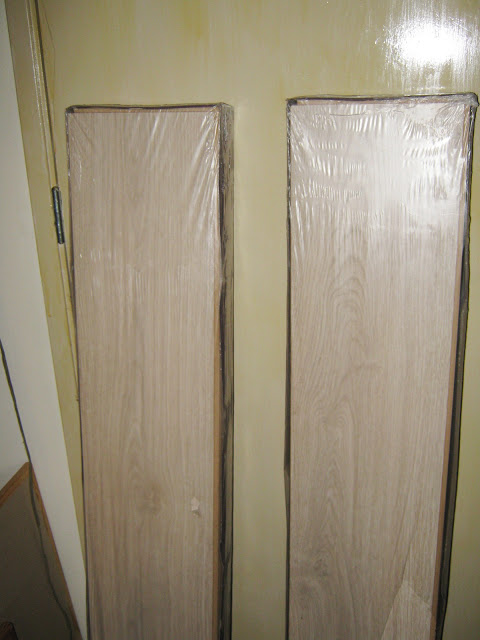 Then two packs of leftover laminate floor boards. Good for a narrow hallway or kitchenette. I believed I had something good here, but gave up hope after several potential buyers changed their minds. Made them even cheaper and forgot. At last in December someone was very happy to take them and I bet he was happy with my price as well.

So much for the not so spectacular. Together they were good for a grand total of… EUR 14, LOL, but the lesson is nothing is too cheap or weird to list! Now on to a bit more interesting stuff. 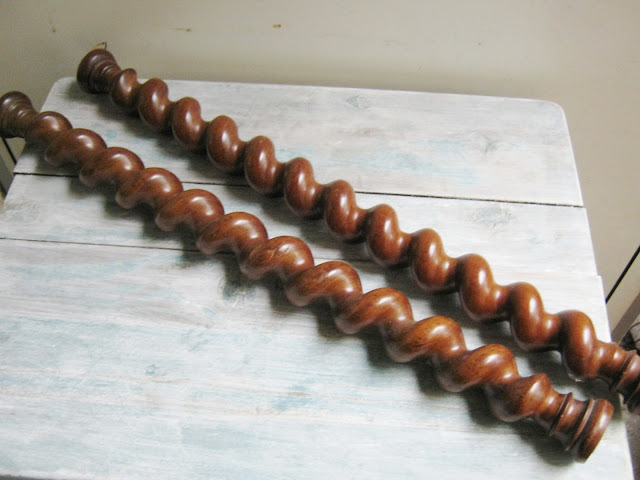 Brought in by the Man. His eye saw quality pieces of turned wood and he was right. Only I didn’t have faith in finding a crafter who’d reuse them and left them in my storage for years. Once listed nothing happened for a long time, but when that one bid came it was good and the guy was thrilled. 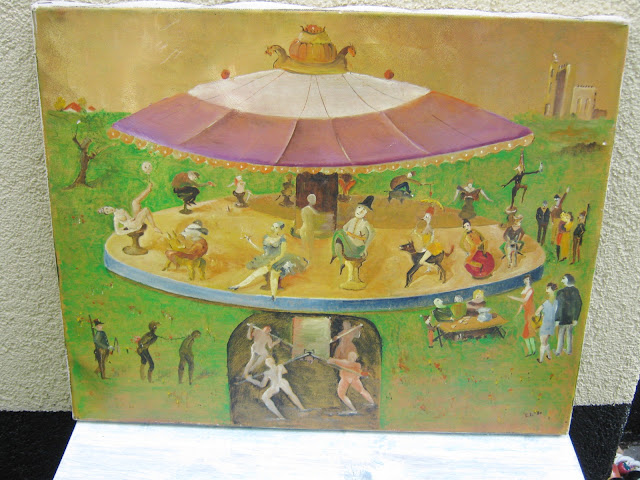 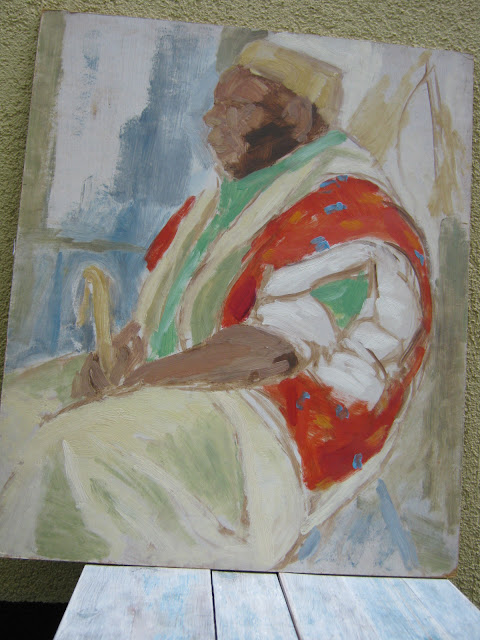 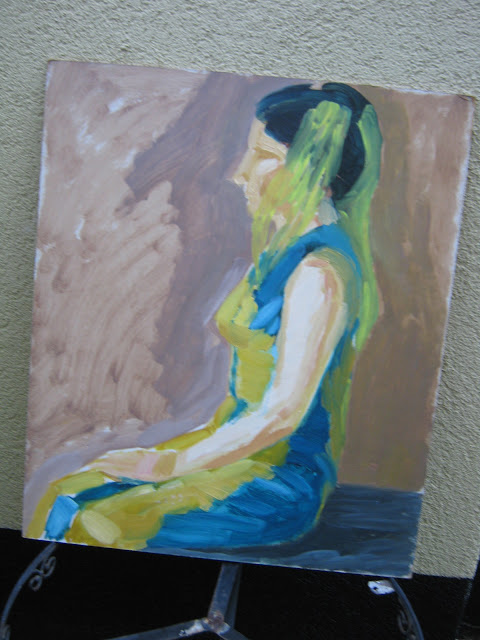 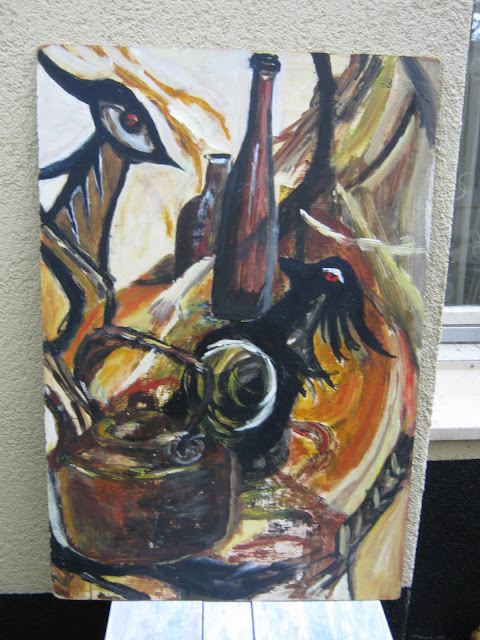 Neighbour Freek found these amateur paintings early 2015. I took them to the street sale in April but the one girl who looked at the two portraits found my price too high. I really liked the male portrait and my friend said the still live grew on her during the day and the carrousel is just cute.


After that we had only car boot sales where I’ve never sold any paintings so I left them at home. Listed them in September just for fun. The portraits as a set and the others separately.  And then there was an email in October… Lady named an amount for the whole set that was not a street sale price. The wrapping up for shipping was a bit of a hassle but worth it. 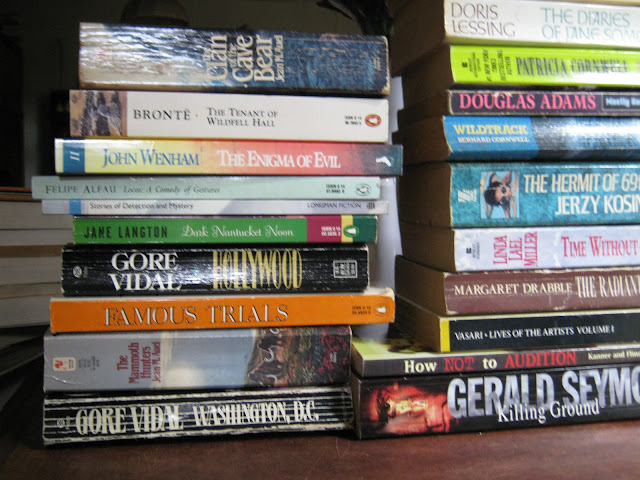 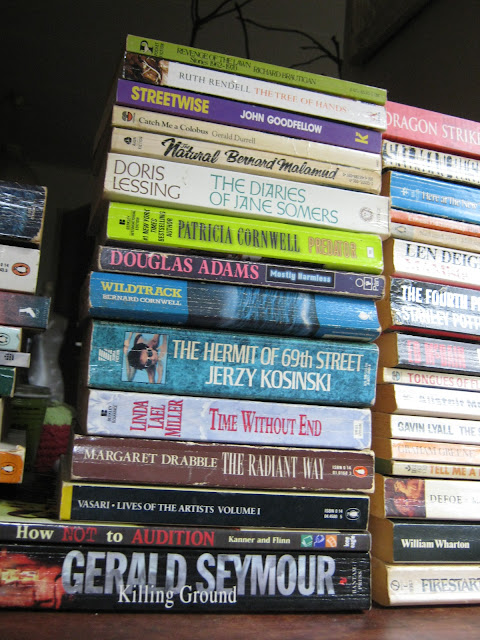 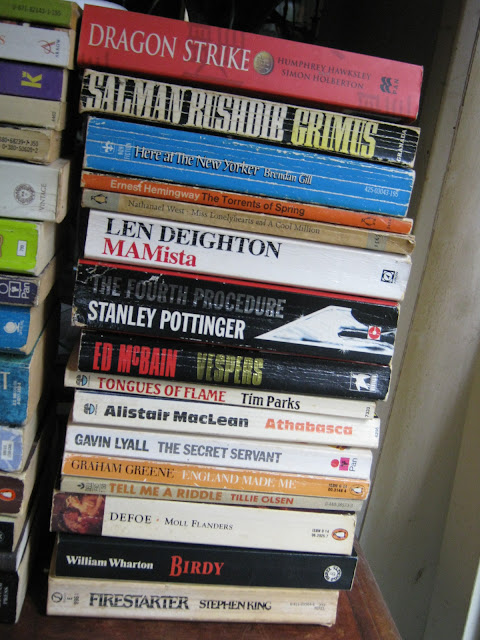 Last, late December finally someone showed serious interest in this pile of 41 English books, that I listed as a lot just to get rid of. Books are hard to sell on line but I hate the dragging to markets and even there it’s always just a few at a time. I was ready to let them go for any price but wrote in my text that I would prefer pick up. Payment came from a welfare society and the man paid three times what I asked to cover the trouble of shipping and dragging the 9 kilo box to the shop. Nice!

These three sales were good for a grand total of EUR 54. Maybe not so impressive, but for me that’s good. The new year started off well with two sales at the door yesterday and two payments in the pipeline for shipping out on Monday. 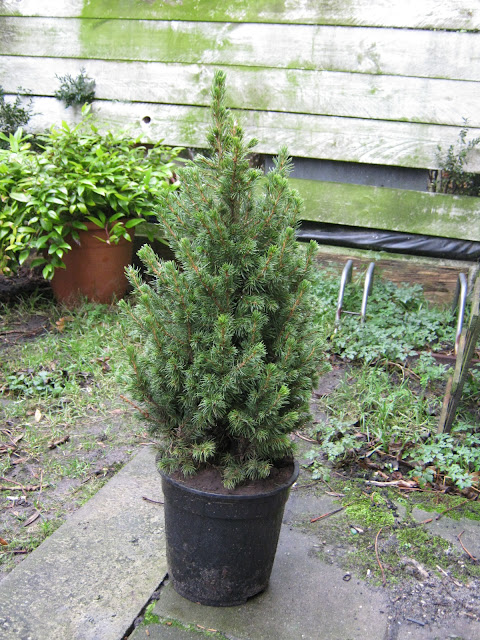