I’ve been away from the blog for a long time now, for which I apologize. Excuses: 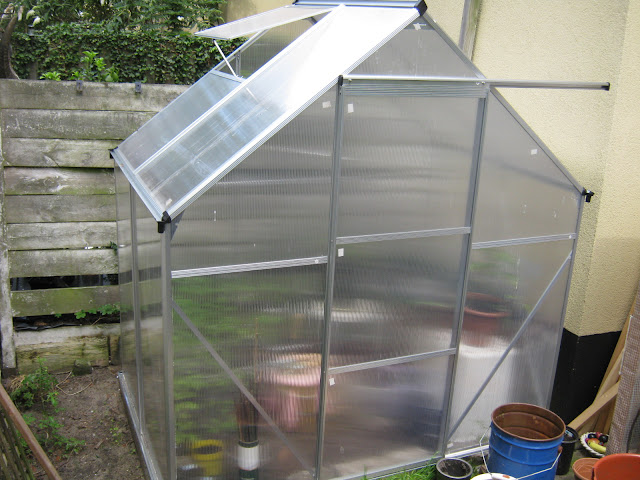 Building a grow house. It was a struggle with loads of tiny little screws which took me over two months. Though it was the Man’s wish to have the thing in my garden, I ended up constructing it because he really couldn’t figure it out. As I'm not in favour of buying new things I was always happy to grow my bell peppers and green beans out in the open and in reused planters but we’ll see later on if the investment was worth it.

Then I found around twelve hours a week paid work for the first time in three years. I still depend partly on government aid, but it’s a start. And quite a change! I was pretty exhausted for at least two months but I’m finally getting used to it now. 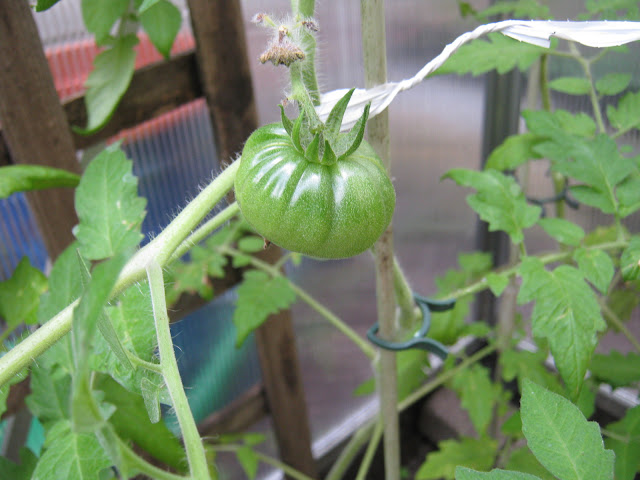 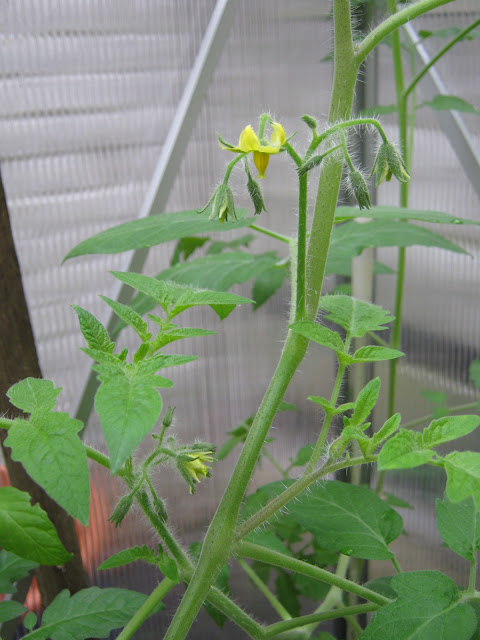 All in all the growing season started a bit late for me. Thanks to some tomato plants my friend gave me some fruits are growing already. But the replanting in my house gave them a bit of a set back and only days ago finally some new flowers started developing. 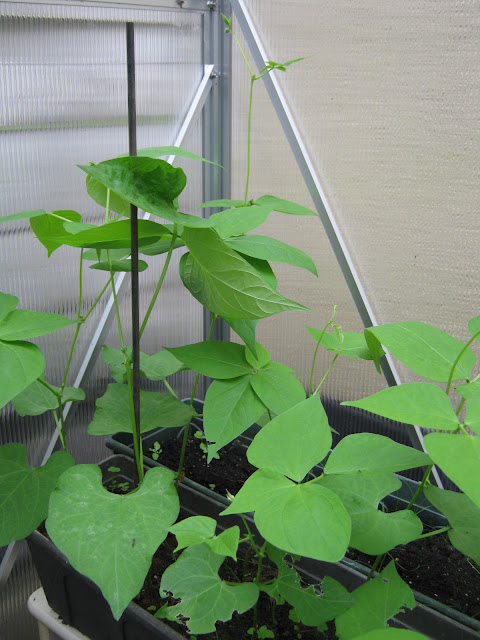 The green beans from seeds of my own harvest from last year are doing great. Though sowed just four weeks ago they are shooting up higher already then ever outdoors. No flowers here yet but as for the tomatoes, here’s to hoping the warmth in the house will make up for the shorter day light and I’ll update soon with the results.

Trash finds and sales continue as usual, athough at a little bit lower pace as well for the moment. Lot's of things to show and tell from the before times though, I hope to come back soon with reports about that.

Email ThisBlogThis!Share to TwitterShare to FacebookShare to Pinterest
Labels: Crafting, Garden and Plants

I love your little greenhouse, so cute even if it was hard to put together. I've never had one but in your climate you might be able to grow things like lettuce in the winter time in there which might help on grocery costs in the winter. Can't wait to see your new garbage finds!

Green house looks lovely, will certainly extend your growing season.
Good luck with your work. Time/energy/money, all a delicate balance.
Hope you find the best mix for you.

Thanks, ladies. Yes, the period with really warm nights is too short here to grow anything mediterranian, our favourite veggies. I sure hope the house will help.