Getting into detail about the imperfections of an object is important to avoid customer disappointment, but in this case I believe it worked against me. 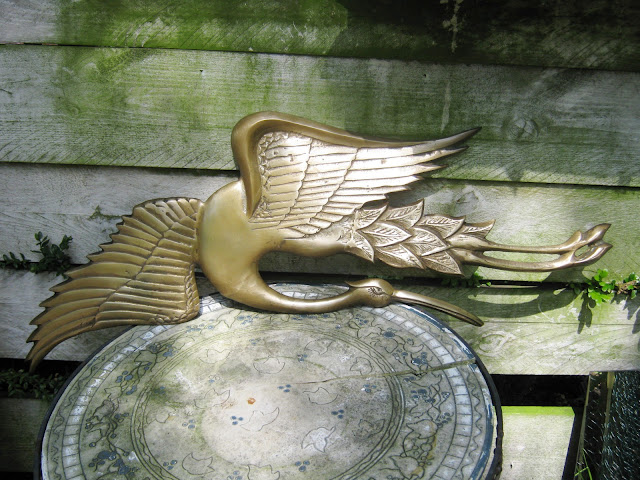 When I carefully cleaned up this brass coated iron wall hanging I noticed there were fine scratches from scrubbing on the surface and I honestly put that in my listing. That was last year summer and the thing didn’t sell. Hauled in earlier that year by my neighbour. 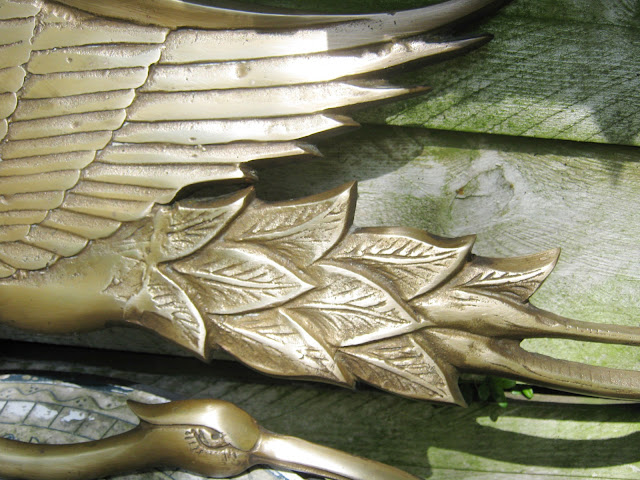 I tried again last September and had a feeling that I should avoid the word ‘scratch’ to describe the slight damage. I decided on a more neutral ‘visible signs of wear and age’. I think that worked as I sold the crane in about two weeks. But when I dug it up from storage it had lost a bit of shine and developed a few more spots after the photos were taken, so I was a bit worried about the buyer’s reaction. But she just held it up and exclaimed: what a cool thing!
Posted by Le-Chat at Sunday, November 22, 2015 2 comments:

Email ThisBlogThis!Share to TwitterShare to FacebookShare to Pinterest
Labels: From My Friends, Paintings and Pictures, Selling Trash

I had some hassle over getting rid of the next set of IKEA products, but after several bid withdrawals, non-replies to my mails and even non-show ups all items found their way to happy new owners. 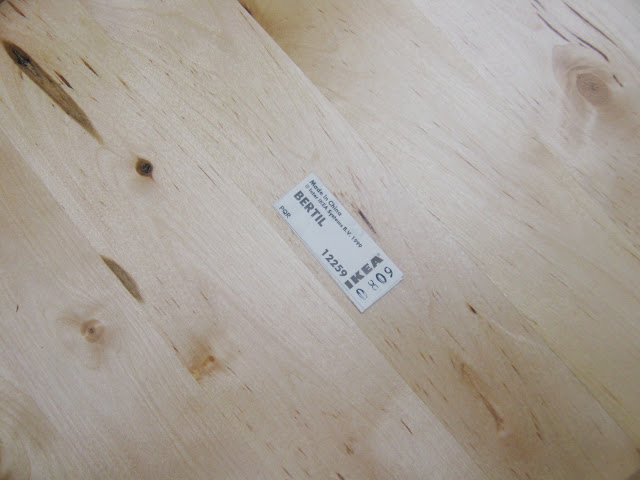 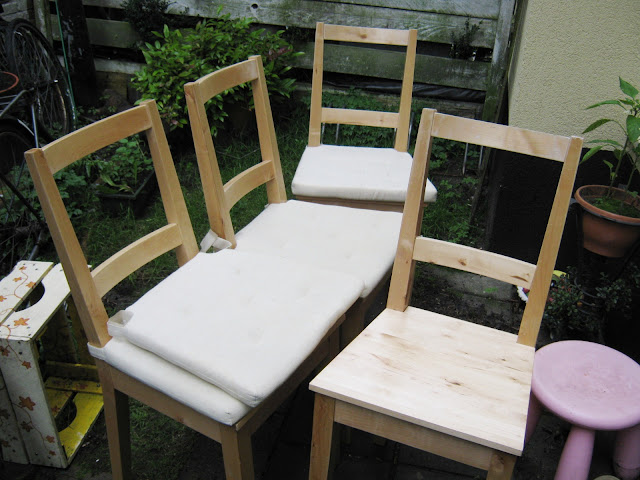 These Bertil chairs went after a couple of weeks to the next student who (via me) took them over from the previous one who, moving up in life as I suppose, left some of his or her cheap old furniture behind with the tiny apartment in my street.

Glad the young man wanted the cushions as well. They weren't so clean so I included them in the price.

It's always fun to see those kids loading big things on their bicycles. I was surprised he managed to bring them over in only two goes. 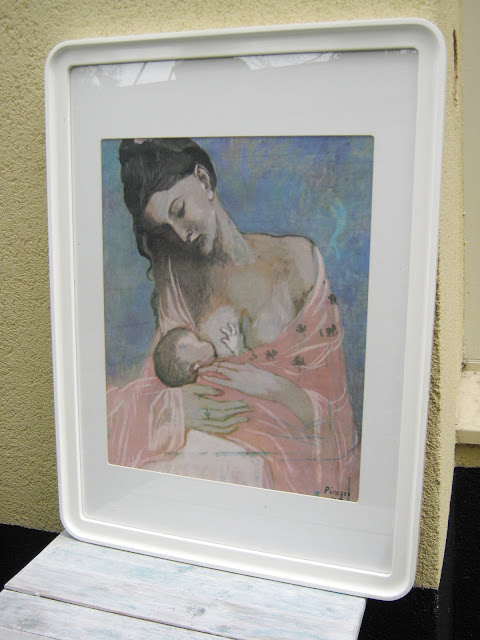 Last time I forgot to mention this Odby picture frame, as I had it listed for a long time and it had sunk to the bottom. I had a bid that was fairly good, but not worth the trouble of packing and shipping. Then there was a long silence. Finally one Sunday morning a guy mailed me from Belgium. As he simply asked my price I sensed he would make it worthwhile but I was still hesitant about the shipping. Just not looking forward to handling the big thing and with glass and all… After I expressed that he replied in ten minutes he would make the two hour drive to Amsterdam and readily accepted the 50 % on top of the first bid I suggested. Ah those friendly Belgians! 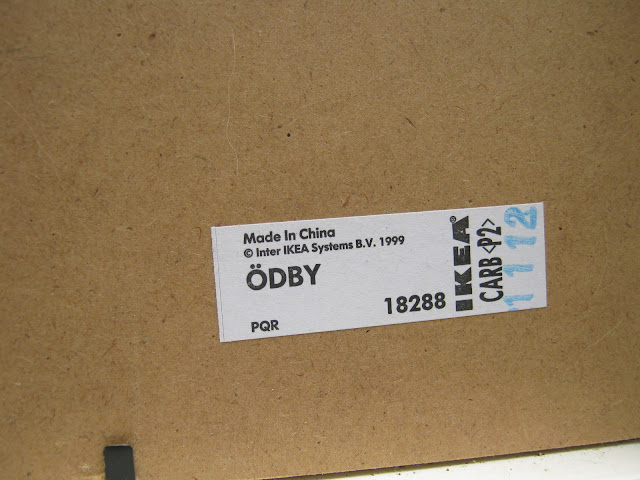 Later that afternoon the complete family showed up at my door and then it turned out why they were so keen to have the frame. They had already two the same for their first two children’s birth and now a third baby had arrived. And of course the out of sale model was hard to find. 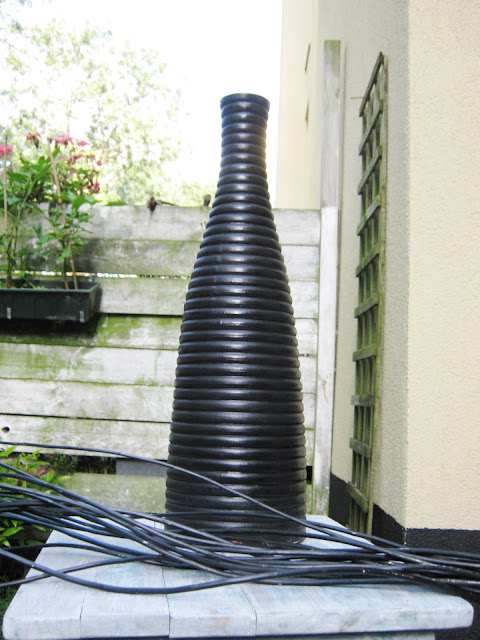 I had the most frustration over this big vase. I got so tired of it that I fixed the price to a very low amount just to be sure to get rid of the thing. Finally last Sunday a smiling fatty guy picked it up. I think he is a trader but that’s all right. He waved off the coin change I should have given him which made it sort of a good deal for me after all. 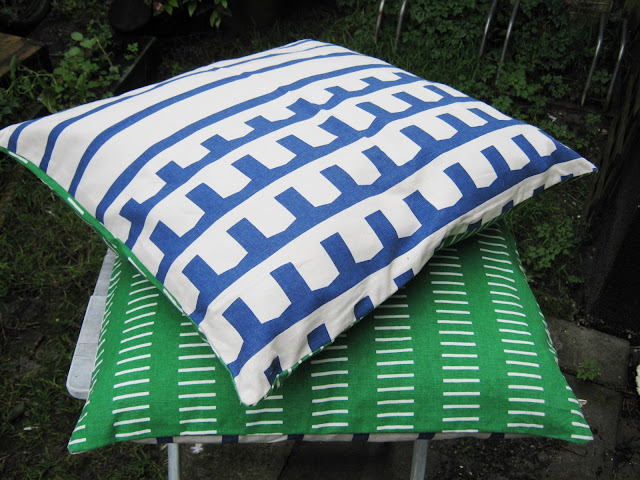 Now still waiting: this set of Skarblad pillows from the August haul across the street… 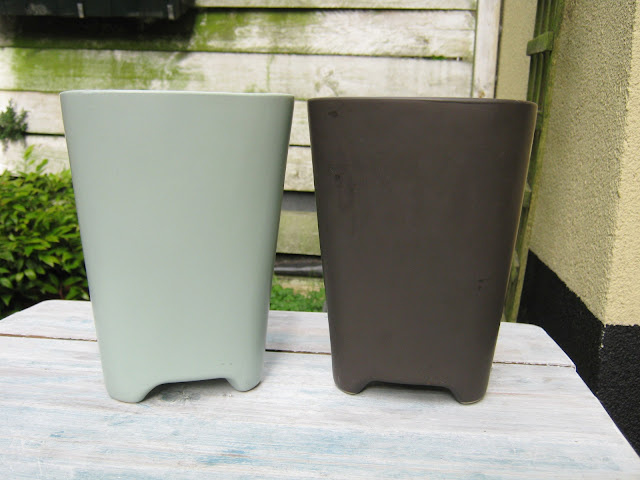 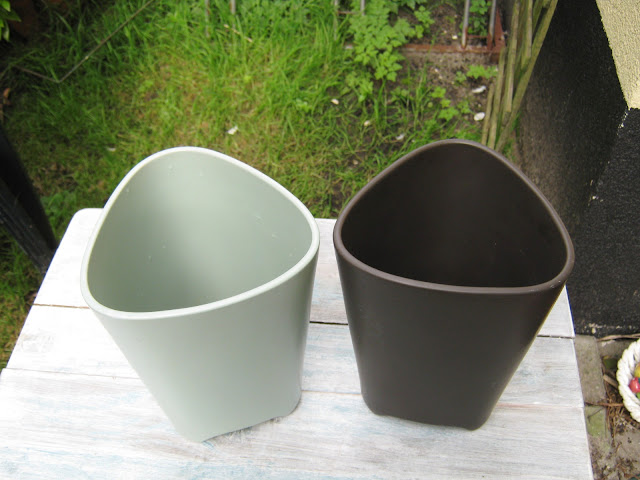 and these oddly shaped vases that are from what I call my daily trophies. Stuff placed visibly by the bins on non-trash days because people hope it will be picked up. I make it a habit these days to circle around a bit after daily grocery shopping, then return straight home with the first saleable item, because that’s all I can take. I get a prize nine out of ten times and enough is enough.
Posted by Le-Chat at Tuesday, November 17, 2015 No comments:

It’s the Season coming up so here’s some shameless self promotion! 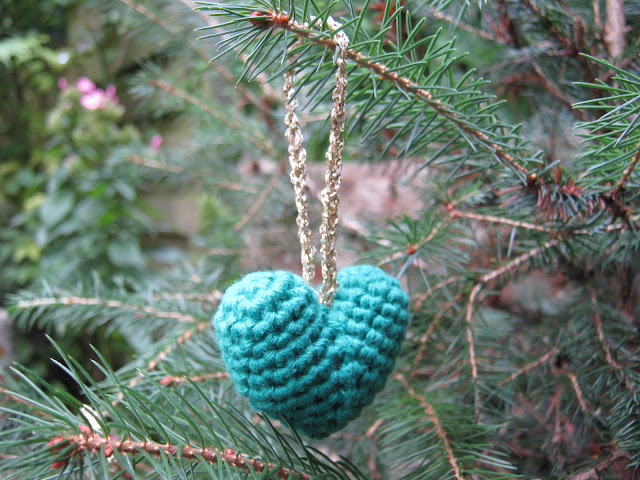 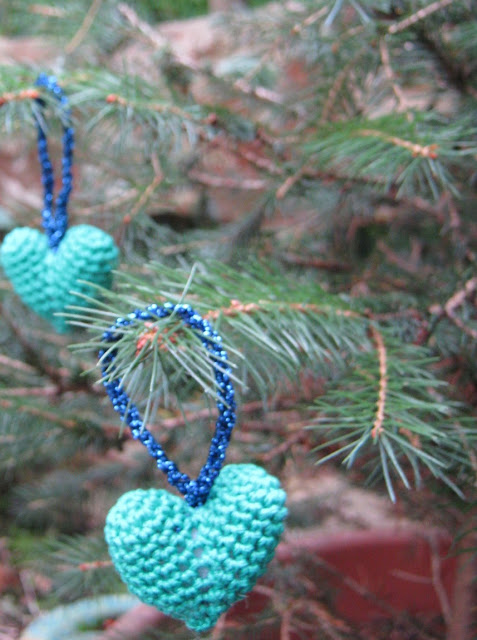 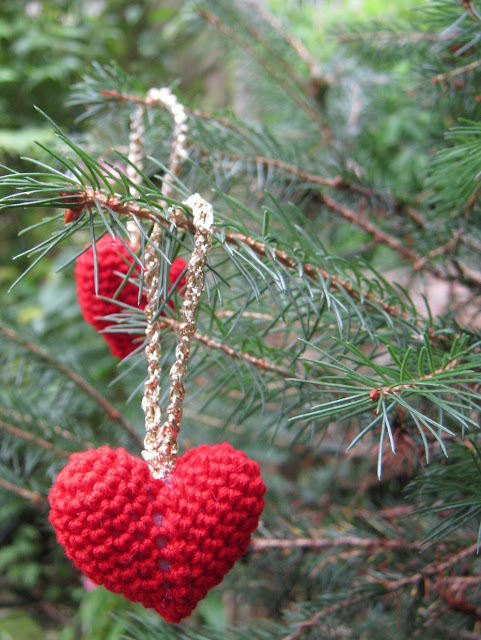 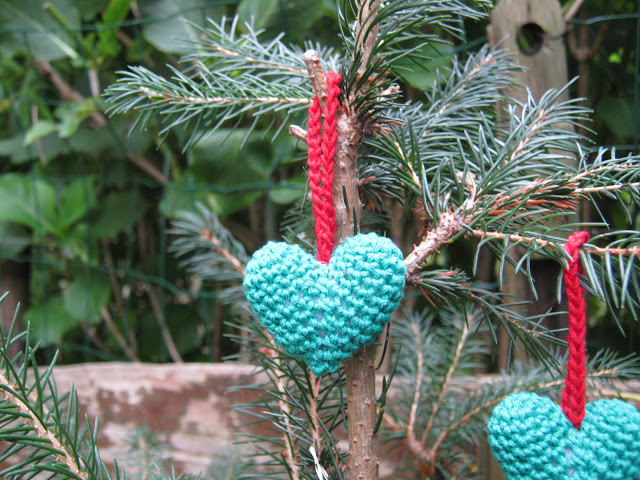 I made these from a trashed cotton sweater and leftover cotton yarns my friend Judy found at the curbs at dog walking. Available on Etsy here. 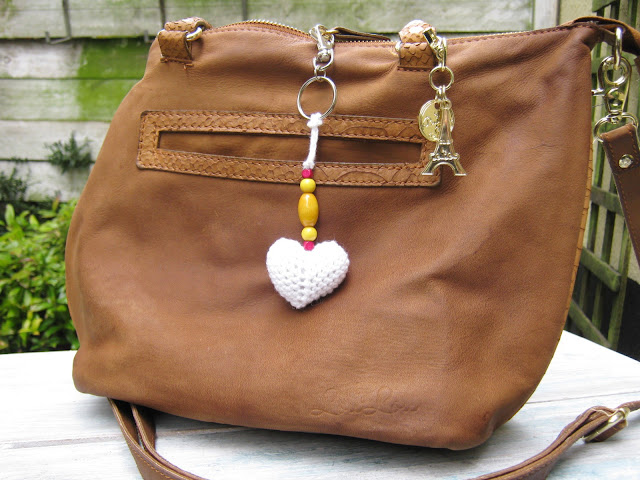 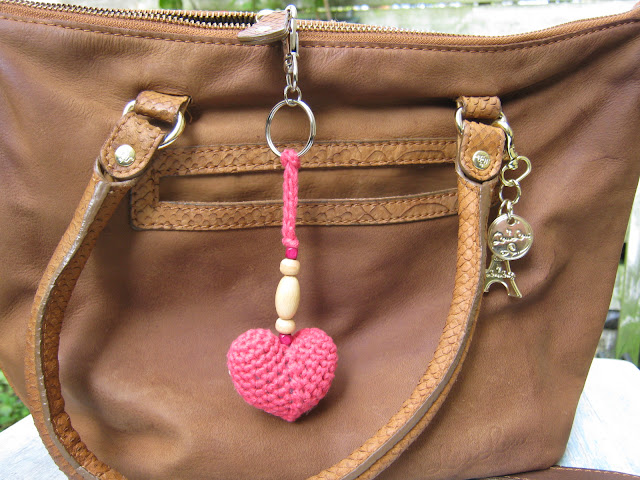 But the same heart shapes adorned with beads are also great for key chains or zipper hangers and I discounted them to next to nothing! Please look here if you’re interested.

I'm selling the French fashion By LouLou bag as well, though it's not curb found. Let me know as it's only listed locally.
Posted by Le-Chat at Monday, November 09, 2015 No comments: